Our Management Team does everything with our core values of honesty, hard work, and trust.

We work as equals, celebrate as a team, and make fun of each other face to face. We’re a talented, seasoned, and dedicated team focused on delivering real results for our clients.

The management team analyzes and identifies the business’s goals and objectives and implements and enforces the strategies the employees need to achieve success. This team is an essential part of every business and, at Garden State Highway Products, Inc. (GSHP), it’s personal. Team work is vital in our organization and it yields better bonding among employees.

It’s our people who are dedicated to helping our business grow.
— The Green’s 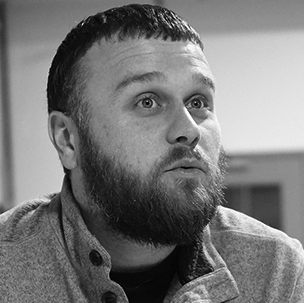 Robert has been working with GSHP for the past six years, but he has been around the traffic safety industry his entire life. Robert’s parents, Sharon and Bob Green, founded GSHP, Inc. in 1987, so he became very familiar with the industry at a very young age. After receiving his Bachelor’s Degree in Communication with a Minor in Business from Auburn University in Alabama, Robert was given the opportunity to work for Ron Jaworski Management with a focus on productions for NFL Films and ESPN. He also spent time working with the Personnel Department of the Philadelphia Soul AFL team, which is partially owned by Jaworski.

Although the sports industry was a dream field of Robert’s in which to work, deep down Robert always knew that his place was to follow in his parents’ footsteps at GSHP, Inc. His primary goal is to continually increase the overall service level of Garden State, while finding new strategies to increase the company’s functionality and marketability. Outside of the office, Robert loves to spend his time at the shore or on the golf course. He also enjoys traveling the world to learn about other cultures, and truly believes that “the beauty of the world lies in the diversity of its people.”

“Learning and innovation go hand in hand. The arrogance of success
is to think that what you did yesterday will be sufficient tomorrow.”
— William Pollard 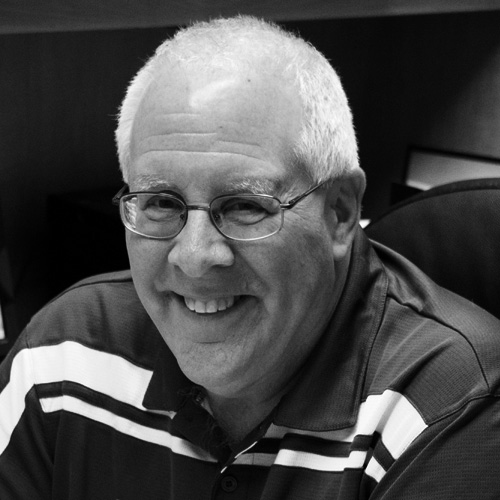 Dave has been with Garden State Highway Products for 20 years. He began his tenure at Garden State in 1997 working in the sales department. By 2001, GSHP was growing and the need arose within the company for a separate purchasing department and a full-time purchasing agent. At that time, Dave stepped in and assumed the mantle of the purchasing division.

Dave brings a wealth of knowledge to his position having spent prior years working a variety of posts in industrial manufacturing, distribution and highway construction. He has held positions in sales, customer service and purchasing within all of these fields allowing him a keen understanding of how each area functions and the contribution of each to the overall corporate operations.

Dave in his present position looks forward to continuing to assist in the future growth and success of Garden State Highway Products! 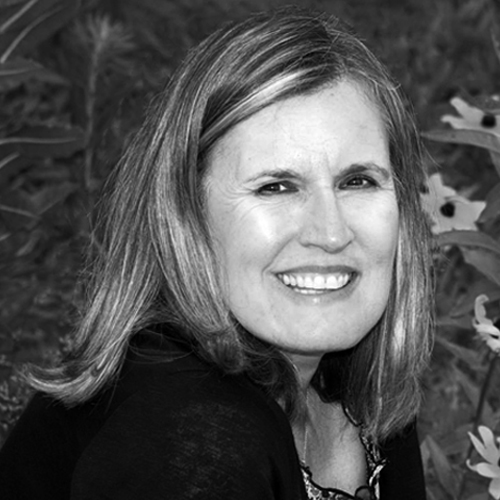 Dawn can’t believe that she has been working for GSHP, Inc. since 1990! She graduated in 1981 from the University of San Diego with a B.A in Biochemistry and in 1989 from San Diego State University with an M.B.A. Working full-time for a computer company while obtaining her master’s degree, Dawn originally became a part of GSHP as a software consultant. The consulting position evolved into a sales and marketing position, an administrative position and a human resources liaison. Along the way, she has made many friends both inside and outside of the company and she feels blessed by all the co-workers and customers whose paths have crossed with hers.

“Watching GSHP grow from a five-person team to the company that it is today has been an amazing experience. It is never boring as there is something new to learn about traffic safety every day! I have met so many wonderful people on this journey and have had the wonderful opportunity to work with my family and friends – what a true blessing.”

Dawn’s main passion is her family – her husband, her two daughters, and her “dog-daughter”. Dawn has done volunteer work as a CASA for Voices for Children and has ardently fund raised for abused and neglected children and animals. She is a proud former member of the ZONTA organization.  Dawn looks forward to working with GSHP until she retires and she hopes to get some world travelling in along the way.

Golden years are passing by… passing on the wings of time… Oh, improve them as they fly, these happy golden years.”
— Laura Ingalls Wilder 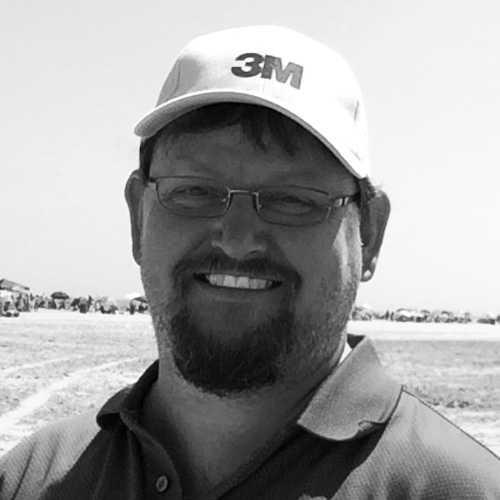 Frank has been an employee of Garden State Highway Products, Inc. (GSHP) since 1995. He started his journey here in the warehouse where his product knowledge quickly grew. That knowledge, combined with hard work, rapidly earned him the position of head of the art department. Between Frank’s quest for knowledge and his “one-of-a-kind” personality, a spot in the sales’ department was a natural progression. Ultimately, he was named Sales Manager. His value as Sales Manager segued into being named Inventory Control Manager where he manages the flow of all products into and out of the company. Throughout his various roles with in the company, Frank’s loyalty and friendship to his co-workers and customers have brought joy and success to everyone with whom he works.

Overall, Frank is one of the go-to people here at GSHP. With his vast traffic safety sign and product experience, it is difficult to pose a question that Frank CANNOT answer. An employee as versatile as Frank is an asset to a company like GSHP. He is a major key to the rapid growth and success of GSHP as well as the company’s future. Frank has also trained many of the employees that are working here today and he never hesitates to lend a helping hand to any department, at any time. 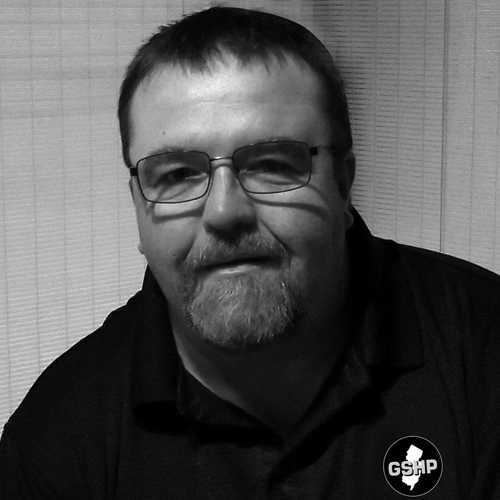 Howie has been with Garden State Highway Products, Inc. since 1993. He started as a silk screener and, after working in various roles through the years, was promoted to Assistant Supervisor of the Production Department where he helped to oversee all production activities ranging from sign making to order filling to shipping and receiving product. In 2009, Howie became Supervisor of GSHP’s Services Division – managing sign installation, lane closures, estimating projects, and rentals. In January 2017, Howie advanced to manager of GSHP’s new GRACO Service and Repair Center for paint line stripers.

When Howie is not at work, he enjoys being outdoors, hunting and fishing, as well as spending time with his family.

“Success is the result of perfection, hard work, learning from failure, loyalty, and persistence.” 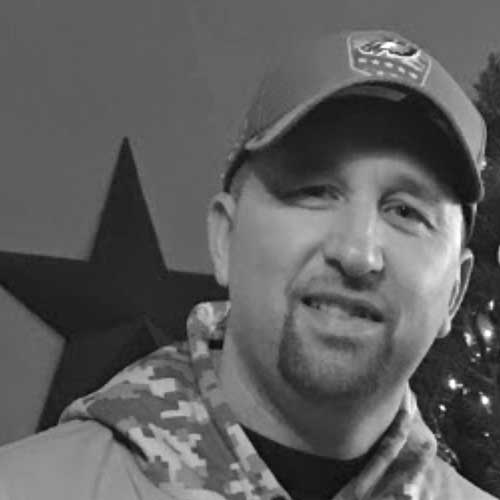 Shawn Donnally joined Garden State Highway Products, Inc.’s Inventory Team in June of 2017.  He came to GSHP with 19 years of management experience from his previous job where he excelled in great customer service and a long list of various other responsibilities. Shawn is a great believer that hard work pays off and he will tell you that hard work is why he is where he is today.  He states that, moving ahead, he looks forward to being a big part of GSHP’s future success and GSHP knows that he will be.

When not at work, Shawn enjoys spending time with his family, playing on GSHP’s softball team (he hopes to bring them many championships) and fishing any chance he gets. Shawn’s favorite quote reflects his principles. 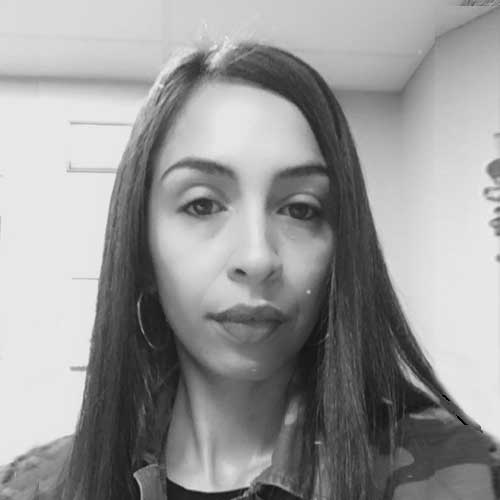 Jessica Jimenez has been working at GSHP, Inc. for over 9 years. She was initially hired in 2011 by the company as a sign preparer in the production department.  After 5 years there, Jessica transitioned into the Receptionist position and now she holds the Accounts Payable position. Jessica is very knowledgeable in her job and her priority has always been to do her very best.  She likes to set a comfortable and positive work environment with her peers and to provide the best customer service to the company’s clients.

Jessica loves to spend quality time with her husband and two daughters. Family and friends are very important to Jessica, so she spends most of her free time with them. 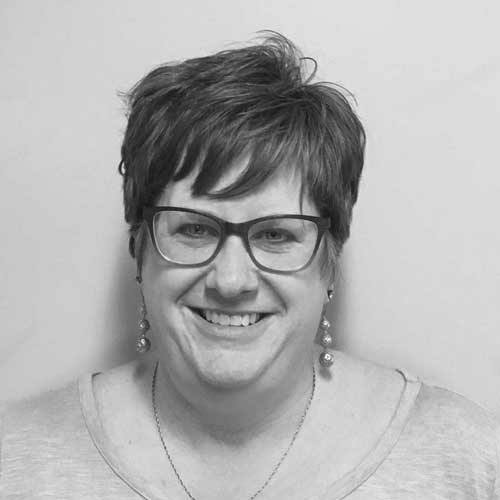 Katrina “Trina” Myers grew up in and still lives in Millville, New Jersey (her childhood home is located 3 blocks from GSHP).  After 34 years in the dental field (assistant and then administration), Trina made a career change and landed in the Accounts Receivable Department at Garden State Highway Products, Inc. The company considers itself very fortunate that Trina decided to pursue a new career!

Trina has two daughters who are her pride and joy. Her spare time is filled by reading, camping (favorite location-Assateague Island, Maryland), volunteering with the Millville Moose Lodge and the Millville Girls Softball League and cleaning up dog and cat hair!

“And when the night is cloudy, There is still a light that shines on me, Shine on until tomorrow, let it be.”  The Beatles 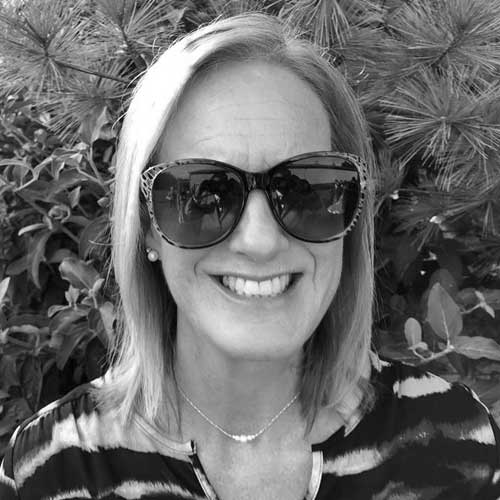 Jennifer Worlock joined Garden State Highway Products, Inc.’s team in 2001.  Having worked in a variety of roles during her time here, Jennifer is a master at getting to the bottom of a problem and solving it.  We greatly value Jennifer’s “detective” skills and traffic sign knowledge. She is a key person in her role as our Order Entry Manager. Jennifer is definitely one of our “go-to” people here at GSHP.

Jennifer lives in Millville, New Jersey, and her hobbies include reading, gardening and camping.

“Every day is a fresh start.” ~ Oprah Winfrey

Growth is never mere chance; it is the result of forces working together.
— James Cash Penney

Your Safety Is Our Business 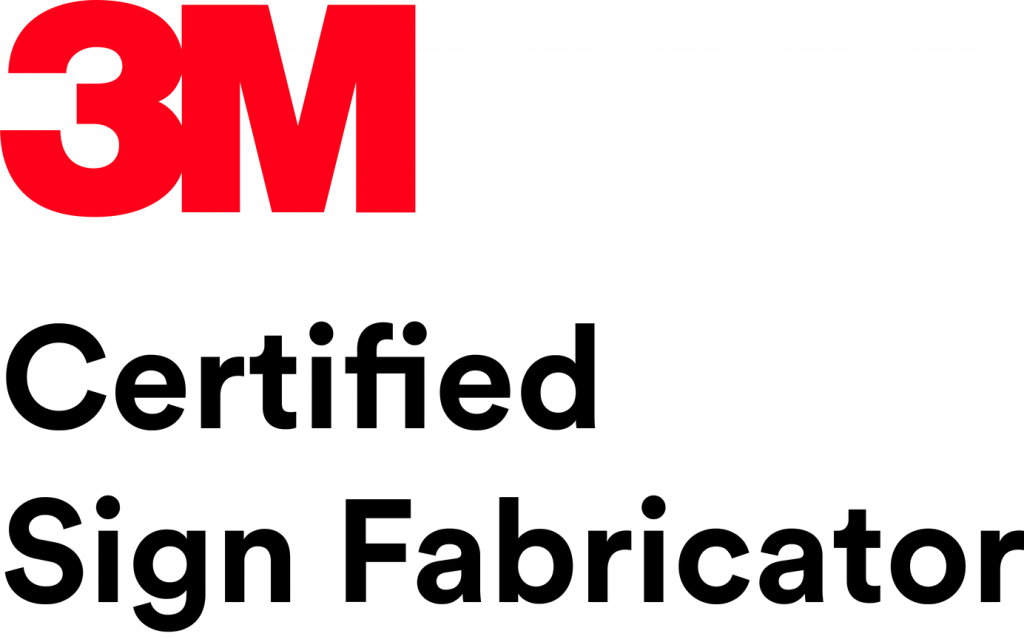